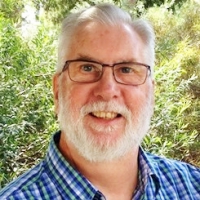 Les and his wife Wapke have two adult sons and six grandchildren. He was a mining mechanical engineer in a former life working in the coalmines in the north-east of England and Scotland (1964-1973). In 1973 Les attended the Bible Training Institute, Glasgow to train for the mission field. Called to West Papua, Indonesia he spent almost 19 years with World Team doing pioneer church planting, theological education, community development, literacy, medical work and anthropological research among the Momina people of the southern lowlands.

Les is a missiologist with over forty years of mission experience in Scotland, West Papua and Australia. Les graduated with an MA in Missiology from Fuller Theological Seminary (1992) and a PhD from Monash University (2003) focusing on Melanesian contextual theology. He was Senior Lecturer in Mission Studies at Tabor College, Victoria from 1997-2015. He is passionate about: mentoring people; understanding and discovering worldview; contextualisation and contextual theologising' and grappling with issues of gospel and culture both globally and in Western Society in particular.