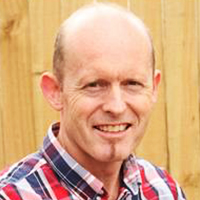 Stephen is married to Shareen and they have two children. He currently works as Senior Assistant Minister at Anglican Churches Springwood where he is also evangelism pastor. Prior to going to Theological College, Stephen worked as a lawyer and in the media (after an unsuccessful attempt to become a professional cricketer).

He has written and taught in the areas of evangelism and apologetics, ethics and hermeneutics. His academic publications include:

He has also been involved in the training of Christian leaders in Africa.