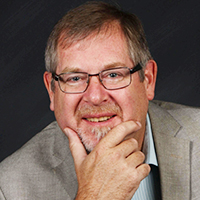 Rob Brynjolfson left his home in Vancouver, BC, Canada at the age of 18 to serve his first term as a missionary with International Teams in Bolivia, where he was involved in church planting. Upon his return, Rob studied at Northwest Baptist College in Vancouver, and then at Regent College where he earned an M.Div.

During this time in Vancouver he met and later married Silvia from Argentina. Together they served with WEC International in Spain and Equatorial Guinea, focusing on leadership training and development. Upon their return to Canada, Rob and Silvia were asked by WEC to start a "hands-on" missionary training program. This led to the founding of the Gateway Missionary Training Centre in Langley, British Columbia, Canada where he continued to serve as program director until 2010. Gateway was committed to an outcomes based training program with a guided field experience.

In 2006, Rob completed studies and was awarded a D.Min. from Trinity Evangelical Divinity School in Deerfield, Illinois. In July 2006, he stepped down as the pastor of Esperanza Multicultural Church in Burnaby, BC, to provide direction to the International Missionary Training Network (The IMTN was a network of the Mission Commission of the World Evangelical Alliance). Rob later shifted his services in the WEA to leadership training for the WEA’s Leadership Institute and in 2010 became the Director for Leadership Development and served on the Executive Team of the WEA until 2018.

Rob is now the Director of Global Initiatives at Northwest Baptist Seminary and is responsible for expanding the competency and context based programming initiated by NBS to other parts of the world, as well as two non-English masters programs.  Rob and Silvia live in Langley, BC, Canada.

Rob teaches as part of the online SMBC Master of Intercultural Studies (MICS).