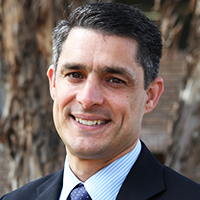 Tim worked as a physiotherapist in Western Sydney for 6 years (1998-2003). In 2004 Tim began his studies at SMBC and completed his M.Div in 2006. In 2007 he joined the faculty in the SMBC Centre for Cross-cultural Mission. Since that time Tim has completed his M.Th in the field of intercultural leadership development and led annual mission trips to various countries including 4 months with his family in India in 2012. Tim helped to design and launch The Bridge Program and served as its director from 2015-2017. Tim now works part-time at SMBC as he pursues his doctoral studies.

Tim is married to Peggy and they have two daughters and a son. He attends Cornerstone Presbyterian Church in Concord and he enjoys running, cycling, reading and spending time with his family.