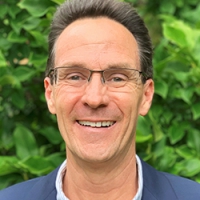 As the Head of the New Testament team, Alan oversees the teaching of New Testament at SMBC. He creates opportunities for planning and collaboration amongst his team and, as part of the Academic Board, supports the Director for Teaching and Learning.

Alan grew up in New Zealand and has spent time working in New Zealand and Europe as an electrician as well as in youth and short term mission work in Ireland and London. Alan completed his M.Div. and Ph.D. (in New Testament) at Trinity Evangelical Divinity School in Chicago, USA. Whilst at Trinity, he was a Teaching Assistant for Eckhard Schnabel, Ph.D. Theological Studies Program Scholar for Willem VanGemeren, and Graduate Assistant for D. A. Carson. Alan was also the New Testament Book Review Editor for Themelios, a theological journal for students and pastors (hosted on the Gospel Coalition website), from 2009 to 2014.

Luke and Acts, Colossians and Philemon, Use of the Old Testament in the New Testament, Biblical Theology